Blog » draft » Does English Proficiency Make You Smarter Than The Rest?

Does English Proficiency Make You Smarter Than The Rest?

“You need to learn how to speak proper English in order to be successful.”

Hands up if you’ve ever heard this phrase (or something similar) when you were growing up, be it directed at yourself or at someone you know.

While I was growing up here in Malaysia, I was surrounded by friends who obviously influenced the way I speak. I ended up using lots of ah‘s, lah‘s, and mah‘s in my day to day speaking. Not to mention I would also use manglish (a.k.a. the mushing together of the English and Malay languages) on a regular basis. All of this felt very natural to me, considering the fact that all my friends spoke the same way.

It wasn’t until I transferred from a local to international school at the age of 15 that I realised my English was not up to par. From scoring constant A’s in local examinations, I was shocked to receive my first C grade on an English exam marked with international standards. It was a wake up call to reflect on something that I mistakenly took for granted for so long – my English language skills.

I reviewed that exam paper with a detective’s scrutiny to learn where I went wrong and it paid off as my English grades improved with each exam. I went from being competent to extremely proficient in English. But somewhere along this journey, my mentality about the ability to speak good English changed; I felt superior to those who didn’t have my proficiency.

This sort of mentality stuck with me for a good few years. My friends and I felt smarter than those who couldn’t speak good English, even if it meant that they were fluent in a different language such as Korean, Japanese, or French – languages that were in a complete no-knowledge zone for us.

But one day, I went out for a coffee with an old friend from Malaysia who was also residing in Australia for tertiary education. Somewhere in the midst of our conversation, she said, “Their English is so good that you get confused and think that they’re all so smart, but when you really listen closely sometimes the things they say have no real meaning!”

Just to be clear, I’m not saying that people who speak proficient English are unintelligent. The point I’m trying to make here is that one’s proficiency in English is not an accurate representation of one’s intelligence, and we need to seriously stop belittling people for not having the best English skills.

After all, Aesop taught us that no act of kindness is ever wasted, even if the act is simply to refrain.

There’s no denying that the ability to speak English comes in handy in this English-dominated world, especially when it comes to conducting business on a global scale. I’m here simply to remind you not to judge someone merely based on their linguistic skills.

Everyone is a genius. But if you judge a fish on its ability to climb a tree, it will live its whole life believing it is stupid. – Albert Einstein

Do you find this article interesting? Let us know what you think in the comment! 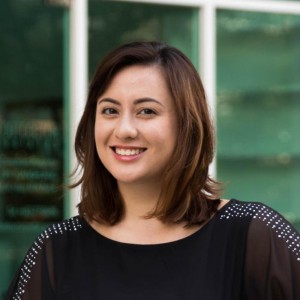 Head of Marketing and Product at WOBB. My number 1 strength is that I am fierce executor who can take any idea given to me and make it a reality. I'm passionate about making a positive impact in the world, one way or another. At the moment, I do this by helping talented young professionals find jobs in companies they resonate with. I can be bribed with a good cup of coffee.